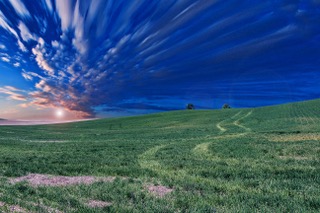 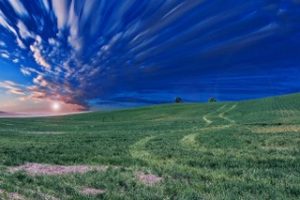 Making the decision to have a child is momentous. It is to decide forever to have your heart go walking around outside your body.
– Elizabeth Stone

When I got pregnant again after having a miscarriage, I sought treatment with a therapist to help with my anxiety with this new pregnancy. I found a great therapist, one who had been in my shoes and understood on a personal level what I was going through, the hope for this new baby and the fear that I might lose this one too. However, I was so glad I was already seeing a therapist when, at 20 weeks, a routine sonogram found an abnormality in the umbilical cord that needed to be monitored closely. This thankfully did not turn out to be problematic, but added stress to an already stress-filled pregnancy. Right before my due date, my therapist and I said our goodbyes, as our work of lowering my stress and anxiety while pregnant had come to an end.

And, once my baby was here, all my anxiety would simply disappear, right? Wrong!

Our first month with our son included the normal sleepless nights, crying spells, constant eating, catnaps, diaper changes, etc. But, it also included jaundice, so bad that a doctor stated, “can’t you see how orange your baby is?” (In my defense, I was so tired and sleep deprived that I really hadn’t noticed until they mentioned it to me). After numerous heal pricks to test his blood and try to find a cause for the jaundice, one savvy pediatrician figured out he had a broken collarbone from birth that would “simply heal on its own.” So, with that figured out, we thought our stress and anxiety would now dissipate.

Then, at three weeks old, on the night we made our son’s Christmas ornament hand and foot print (I think of this night every year when we take out this ornament to place it on our tree), he started choking on milk and stopped breathing!

My husband did the baby back blows while I called 911, and thankfully by the time the paramedics arrived, our son was wailing up a storm. But, he still got to ride in an ambulance with his mom at three weeks old. Turns out, after a series of tests, he had really bad acid reflux. The doctor gave us medication for him and wanted him sleeping elevated, on his stomach, and on a wedge pillow until he could roll over on his own (at @ four months old). This was also extremely stressful as he did not always stay put, and we would sometimes find him at the very bottom of this wedge pillow.

He also needed to take the medicine until he could sit up on his own (at @ nine months of age), at which time he should outgrow this reflux issue (which he thankfully did), but for eight months I worried that he was going to choke and stop breathing again, everyday for eight months, this was my fear!

Did you know that according to Postpartum Support International (PSI) approximately one out of seven women suffer from postpartum depression, and one out of five women suffer from a Perinatal Mood and Anxiety Disorder (PMAD) including anxiety, depression, obsessive-compulsive disorder (OCD), etc.? That means approximately 20% of all postpartum moms suffer from some type of postpartum mood disorder, which is SO many new moms! Also, according to PSI, at least 70% of new moms experience what is called the “baby blues” (aka sudden mood changes) during the first two weeks after giving birth.

This was almost ten years ago, but in this day and age, new moms can access therapy via online video counseling from their house, with no need to drive anywhere or find a babysitter, simply getting the support they need from the comfortable of their own home environment.

Although my private practice is based out of Flower Mound, Texas (outside of Dallas/Fort Worth), because I’m a Texas licensed therapist, I’m able to see women who reside anywhere within Texas for therapy sessions. I use an online platform called Doxy.me (which is similar to Skype) and was created specifically for telemedicine (and it’s considered safe, secure, HIPPA compliant and is also easy to use).

Plus, the feedback I’ve received from moms is that although they were sometimes a little unsure about this type of counseling at first since it’s new and up-and-coming in the therapy field, they feel happy with their treatment in part because it took place in the comfort of their own homes.

In 2005, Brooke Shields wrote an amazing, heartfelt book called, Down Came the Rain: My Journey Through Postpartum Depression. She goes into depth about all the life stressors she was experiencing before and after having her first baby. I also love that she discusses the support she was receiving from a therapist, often via phone sessions (as online video counseling was not yet available then), to help her through this very difficult time in her life.

So, if you’re a new mom who is struggling with a maternal mental health concern such as postpartum depression, postpartum anxiety, obsessive-compulsive disorder (OCD), etc., or if you know someone who has recently had a baby and is struggling right now, please let them know that help is available to them, support they can now receive in the comfort of their own home via online video counseling.